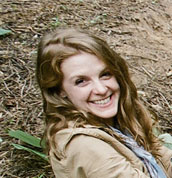 Born and raised in Los Angeles, BELL studied acting and directing at Cambridge University and graduated from NYU's Tisch School of the Arts with honors. An actress across film, television and theater, Ashley BELL is most recognizable for her critically acclaimed role in The Last Exorcism. In 2014, she made her Broadway debut in the revival of the 1920’s expressionistic drama Machinal.

"You don't need a bull hook to control an elephant. You can guide an elephant with love…And bananas." This is a quote from Lek CHAILERT, a Thai elephant rescuer and founder of Save Elephant Foundation. We are familiar with Asian elephants, which are smaller and milder than African elephants. They are often seen in zoos, circuses, and elephant rides in Southeast Asia. With its large body and innocent eyes, Asian elephants offer pleasant memories to tourists. However, to please the tourists, elephants are brutally trained. Once you know the harsh reality, you will realize that your memory is cruelly formed. Actress Ashley BELL, who is known for The Last Exorcism , took the challenge to become a documentary filmmaker. Her film is based on her special experience when she visited an elephant sanctuary in Thailand. Two brave women, Lek and Ashley, decided to rescue a partially blind 70-year-old elephant and bring her to freedom so that she could live without chains and whips and play in the mud and sand. The rescue plan is thrilling because there is the danger of exhaustion for the worn-out elephant during the one-day mission. The film magically touches viewers' hearts by imparting the beautiful lesson that humans can truly become human when elephants can truly become elephants. (JEONG Minah)