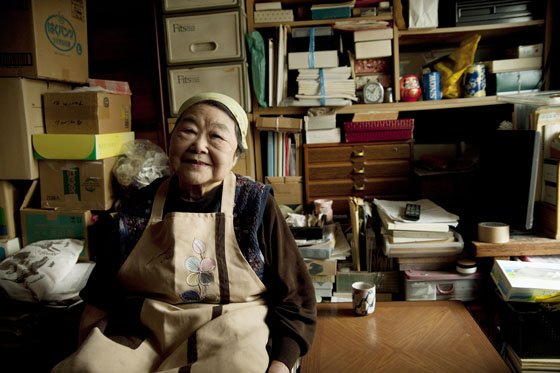 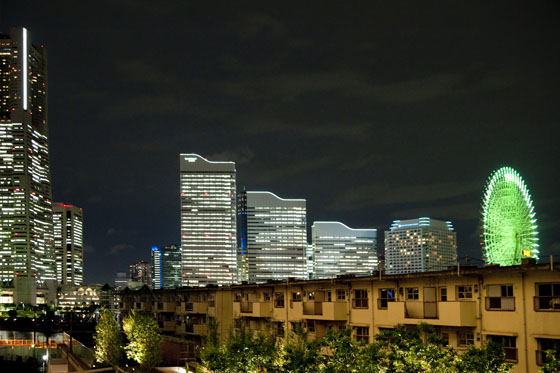 Eighty-five years old and never married, Shizu has spent the past 3 decades living in one "danchi" -the Japanese word for public housing - and filling it with a lifetime of souvenirs that have always kept her company. When the danchi is scheduled for demolition, Shizu and her neighbors must say goodbye to their homes, and move into newer danchi that are too small to hold all of Shizu's mementos.

Born in 1979 in Tokyo. After graduating from university, SUGIMOTO worked for a television production company. Since 2008, SUGIMOTO has visited Seaside Road Danchi apartment complex in Yokohama and completed her own independent film, Seaside Road Danchi Story in 2009. The film was screened at the CREAM International Festival for Arts and Media Yokohama and independently mainly in Yokohama. SUGIMOTO is interested in recording and presenting some of the “lives” of people in “housing complexes” in Japan and the world.

Following the demolition of a Yokohama-based danchi(or "public housing complex") built in 1958, the residents are forced to relocate to a new apartment. Danchi Woman sheds a light on UCHIKOSHI and HIRAYAMA, born in 1926 and 1936, respectively, among the evictees. UCHIKOSHI has lived on her own since her parents' divorce, and works in a production line and enjoys calligraphy in her spare time. HIRAYAMA, mother of two, is about to open an art class. UCHIKOSHI lives among a pile of boxes and instills the memories of the times and people in each of the articles, while HIRAYAMA recalls memories about others without the need for such articles. As the eviction date approaches, residents are worried about the goods stacked in UCHIKOSHI's house, but she remains surprisingly unperturbed. The film explores current issues of Japan, including its aging population living and dying alone. Some may sympathize with UCHIKOSHI, but the film presents her as a somewhat more independent and modern person who is better trained than HIRAYAMA to withstand solitude. The film depicts the lives of lonesome elderly people from a different perspective. A notable achievement of the film is that it adds diversity to the way the elderly are portrayed, with a variety of expressions, complexions and attitudes, departing from the usual dull images associated with them. (LEE Yong Cheol)